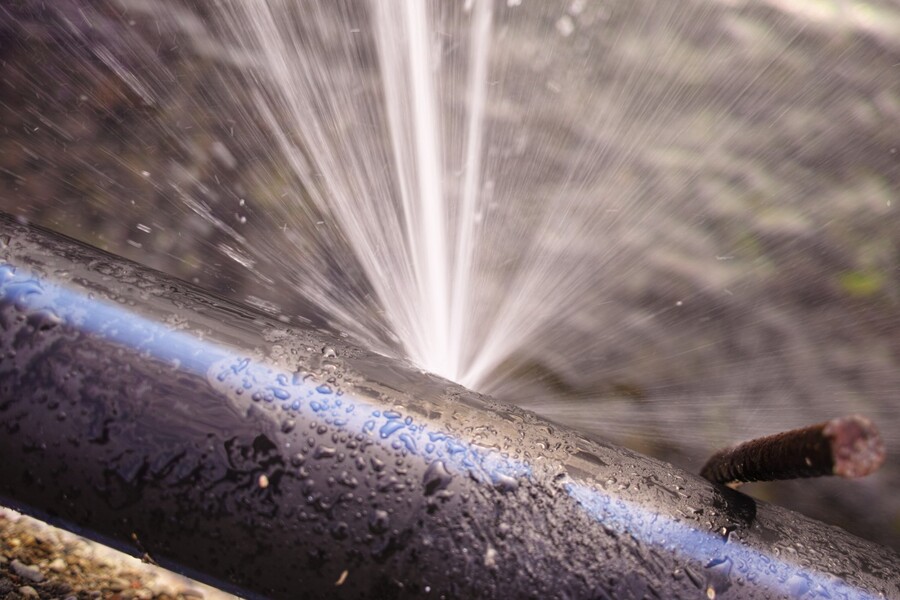 Burst pipes can wreak havoc on your property. Quick response is paramount to decreasing the amount of water damage sustained. Palmerio Plumbing LLC has worked with homeowners and business owners throughout the area to contain the damage and quickly resolve the problem. We have been offering reasonable pricing as well as friendly and quick service to all our customers for 7 years, so give us a call at (484) 284-1985 so we can get started on your burst pipe!

If you have experienced a burst pipe in your home or place of business, call the experts at Palmerio Plumbing LLC today. We have been repairing burst pipes in the area since 2016 and are well-equipped to remedy yours as well.

When you call (484) 284-1985 for a free quote to fix your burst pipe, we’ll find a convenient time to arrive at your property and provide a quick quote. The expression “Time is money” has never been more relevant. The longer it takes to stop the leaking water, the greater the damages. Call Palmerio Plumbing LLC ASAP to fix your burst pipes!

First and foremost, time is critical. You need a company that will arrive at the scene promptly and contain the problem. If you have had a pipe burst, first turn off your water supply, then call (484) 284-1985 for a speedy assessment and quote. We’ll determine the cause and the extent of the damage and quickly stop any water from leaking from the pipes. Next, we’ll thaw all pipes and check for damages. Any repairs or replacements will be made. Last, we’ll be sure to make suggestions on how to best insulate your piping to avoid pipes freezing in the future.

Pipes can also burst from blockages caused over time. Contaminants cling to the insides of pipes, narrowing them and eventually clogging them completely. When pipes become clogged, the pressure inside builds, until eventually they burst, spewing water in your floorboards, your walls, and other damaging areas. If you’ve experienced a burst pipe, first turn off all water. Then call Palmerio Plumbing LLC at (484) 284-1985 for fast action to remedy the situation. We’ll determine the source of the problem, and identify other pipes that may be compromised. Portions of the pipe will be replaced as needed.

Call for an Estimate

A+ rating with Better Business Bureau!

There was a problem sending your message. Please try again or call us.

Please complete all the fields in the form before sending.

You may only send 3 messages per day, but you are welcome to call us!

Your email is invalid. Please enter a valid email address and try again.

Thanks for contacting us! We'll get back to you shortly.